Monitoring NGINX and NGINX Plus with the New Relic Plug-In

In March, 2013 we released the first version of the “nginx web server” plug‑in for New Relic monitoring of the NGINX Open Source software and NGINX Plus. Since then, we’ve received lots of interest from users – we greatly appreciate it! The plug‑in continues to be one of the most popular New Relic plug‑ins, in spite of the few things that (we believe!) could be improved. If you don’t already have a New Relic account, sign up.

We selected Ruby as the base language for the original plug‑in, because the New Relic platform itself is written in Ruby, the API was not yet published, and many things were changing quickly.

Later, after the launch of the New Relic platform, we continued to work on adding a number of improvements based on users’ feedback and our own vision of how to improve the overall usability of the NGINX monitoring plug‑in, and realized the need for further changes.

Today, we are pleased to announce a major update of the NGINX plug‑in for New Relic, version 2.0, which includes the following changes:

You can include the optional http_user and http_pass statements to set HTTP basic authentication credentials in cases where the corresponding location is protected by the NGINX auth_basic directive.

When started from an init script, the plug‑in daemon runs as the nobody user.

You can start the plug‑in directly by running /usr/bin/nginx-nr-agent.py, with the following optional parameters:

If everything is working as expected, the plug‑in appears as a tab in the New Relic UI:

The Overview tab displays the most basic metrics for the whole instance: number of active and idle connections, and request rate. 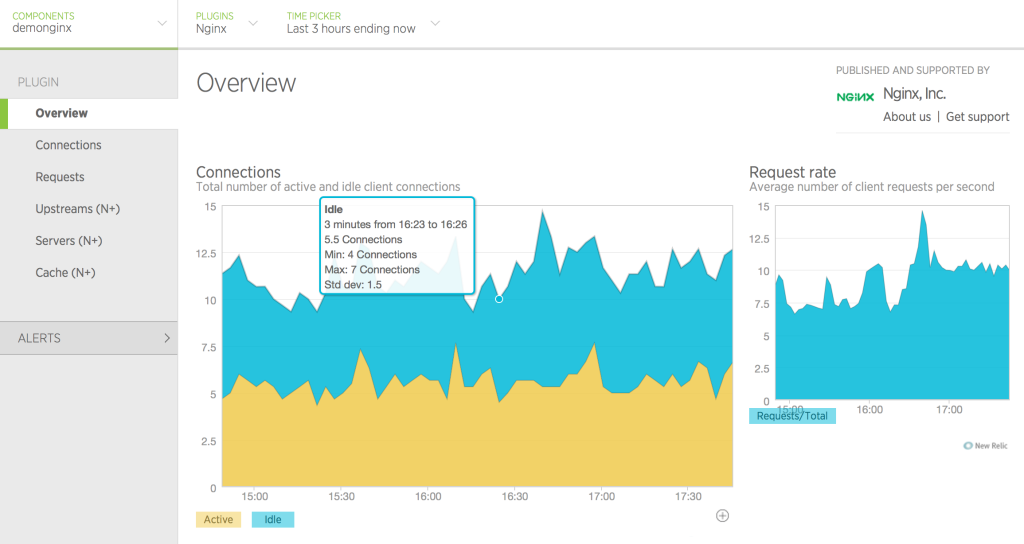 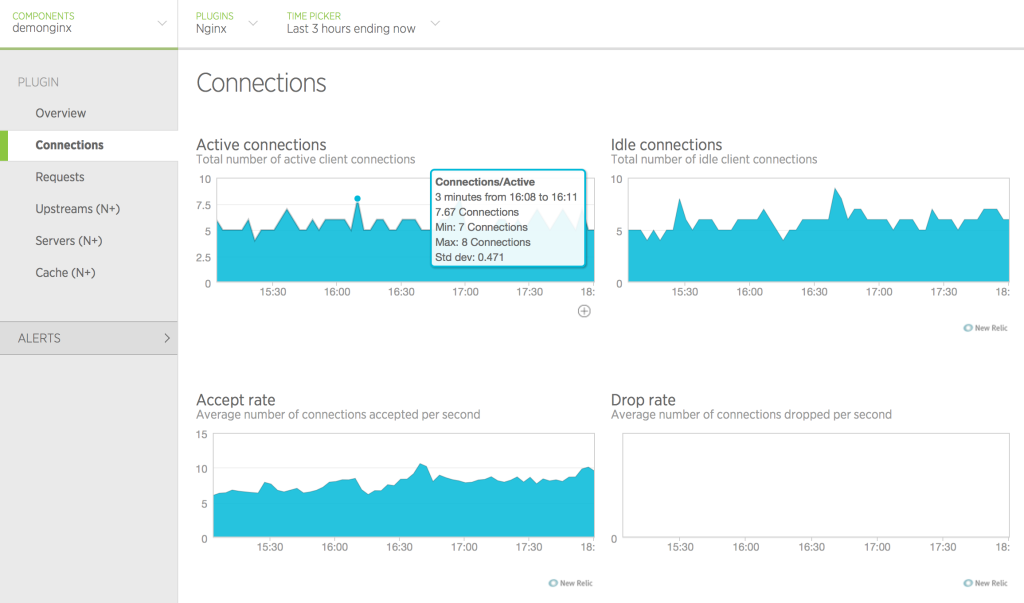 The Requests tab displays the number of requests currently being processed and the overall request rate.

Upstreams (NGINX Plus only) 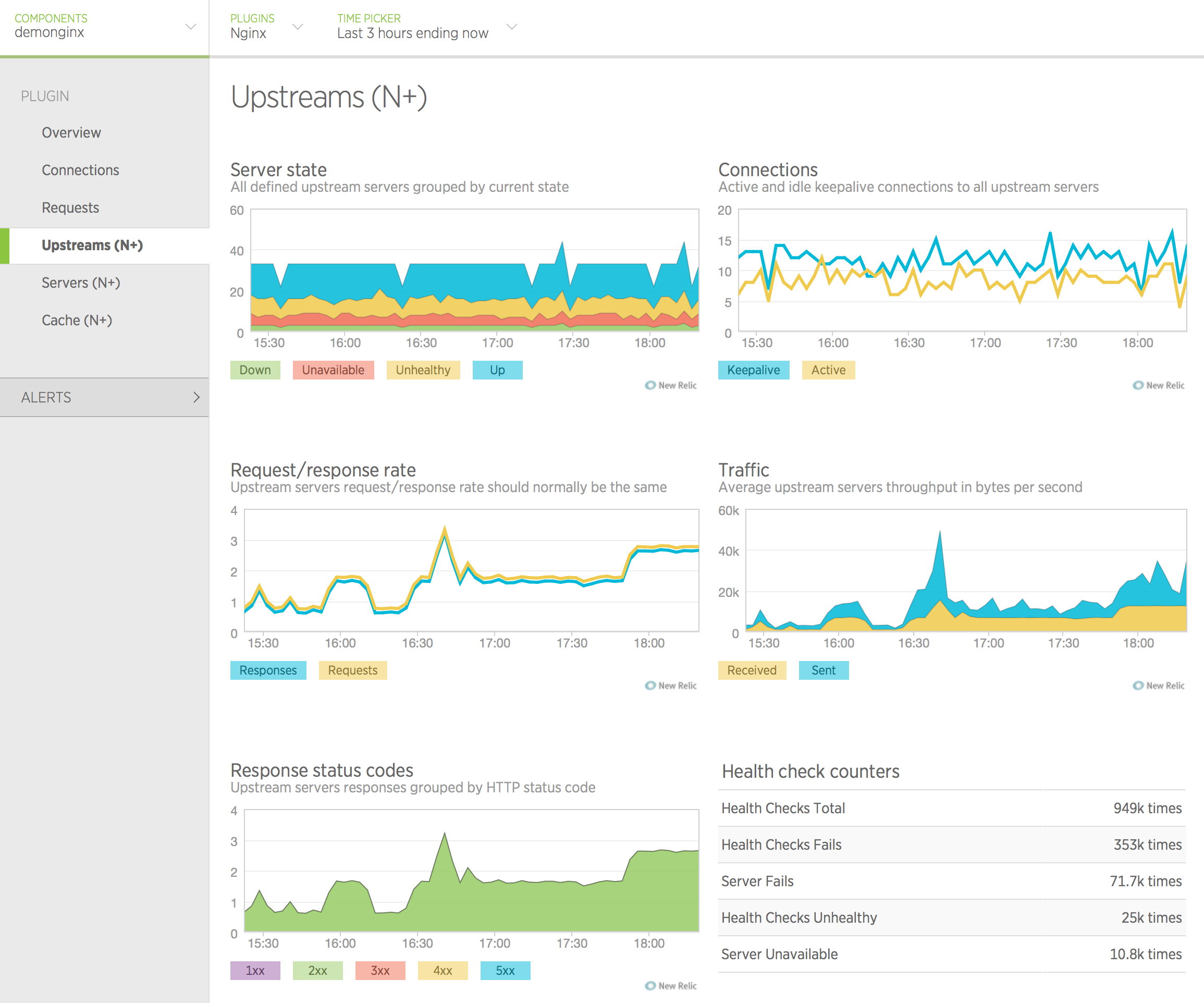 Servers (NGINX Plus only) 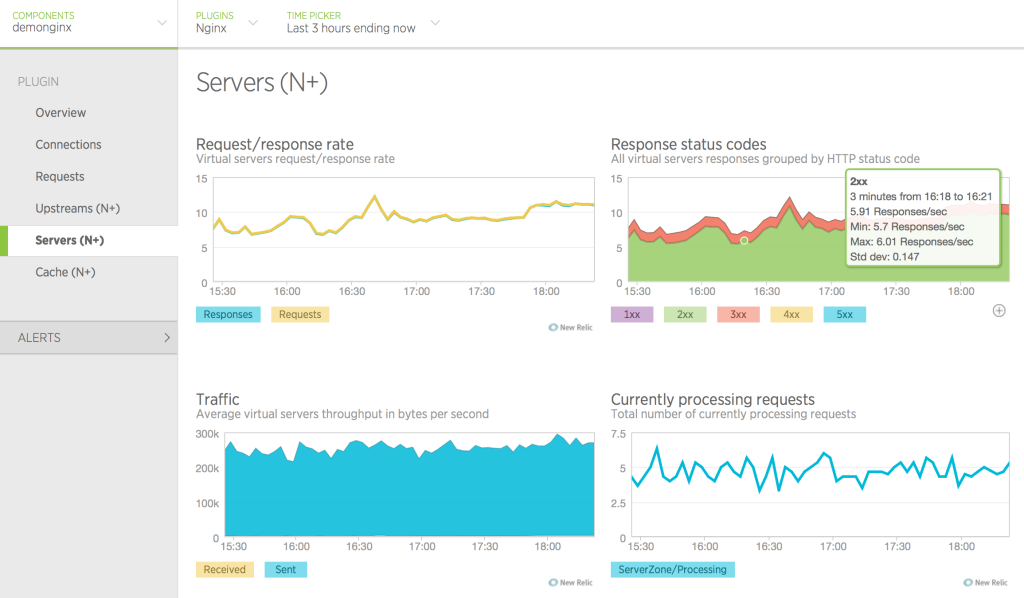 Cache (NGINX Plus only)

The Cache tab displays summary statistics for all configured caches. 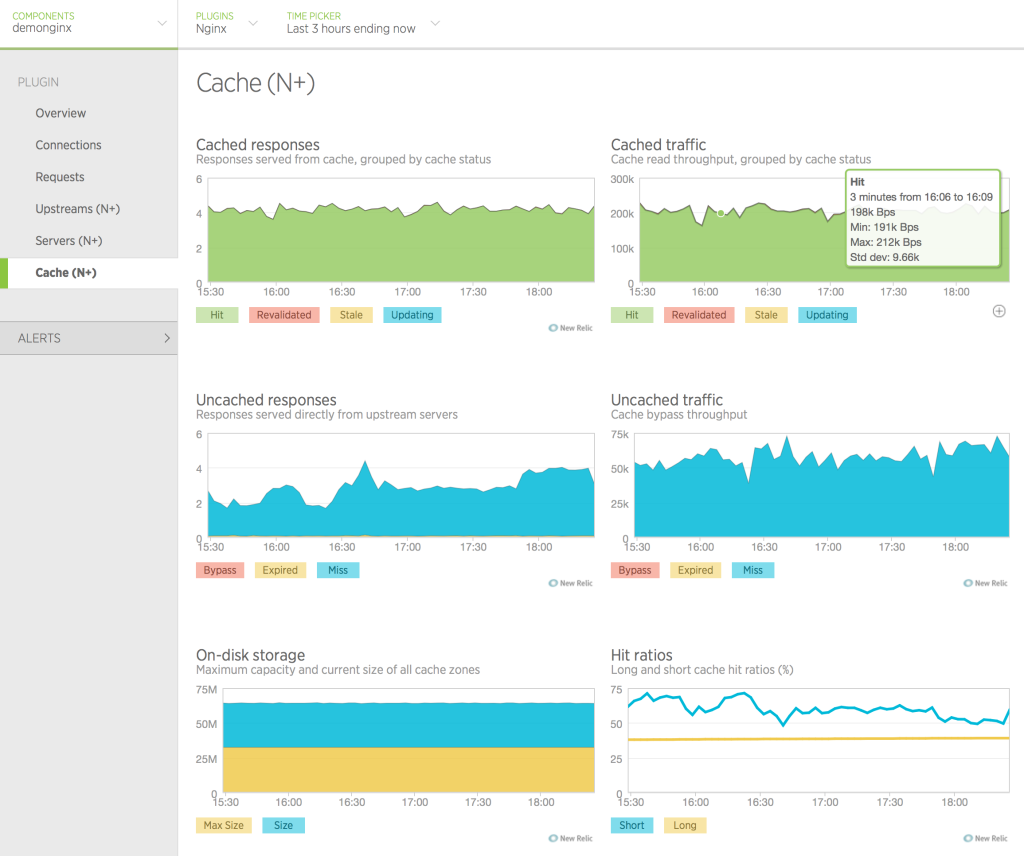 We plan to extend the plug‑in’s functionality with additional metrics for both NGINX and NGINX Plus, and your feedback is very important to us. Ideas, thoughts, questions? Let us know by commenting on this post.

Thanks for using NGINX and NGINX Plus!

To try NGINX Plus, start your free 30-day trial today or contact us for a demo.